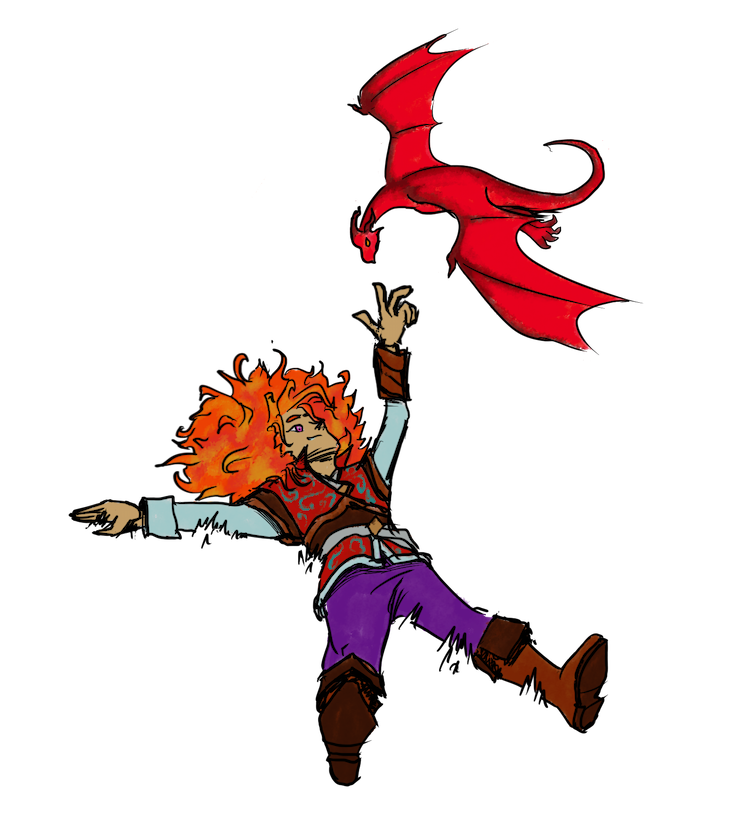 Oom is a gnome from the island of Hermea. In her youth, she learned that her draconic bloodline gifted her with powers that manifested when she felt strong emotions. As part of learning to control those powers, Oom was instructed in both magic and Draconic lore by Hermea’s founder, the gold dragon Mengkare. Oom has magenta eyes and wild, fiery hair that often has grass, leaves, or twigs stuck in it because she has a penchant for laying down and looking up at the stars at night while traveling. Oom arrived in Brastlewark because she was intrigued by the Festival of Flight, and thought it might be something Nommie would especially enjoy.